Home
Guides
Articles About Apple iOS
3D Touch Technology: What Is It? How To Use It?

3D Touch Technology is a multi-touch, pressure sensitive Apple-exclusive feature first implemented in the iPhone 6s and iPhone 6s Plus. It enhances the use of Apple’s retina display. In this article, we take you through what is 3D Touch and how to use 3D Touch on your iPhone.

What Is 3D Touch Technology?

According to Apple, 3D touch is a pressure-sensitive technology that senses how deeply users press the display in order to ascertain the users intent when pressing/touching an app icon or section on their iOS device’s home screen. This allows for performing quick actions on your iPhone. For example, in addition to the regular multi-touch gestures like Tap, Swipe, and Pinch, 3DTouch enabled actions allow you to complete essential tasks more quickly and efficiently. It also allows you to become more engaged in enhanced gameplay.

If you are a MacBook Pro or Apple Watch user, you’d be familiar with the Force Touch: Pressure Sensitive Technology. Apple also implemented Force Touch in the Magic Trackpad 2. Force Touch differentiates between varying levels of force applied to the device. Using Force Touch technology, you can perform tasks like clicking reminders and dates to expand them and perform further actions. 3D is an advancement of Force Touch for iPhones. It uses the capacitive sensors integrated into your iPhone’s home screen.

How Does 3D Touch Work? 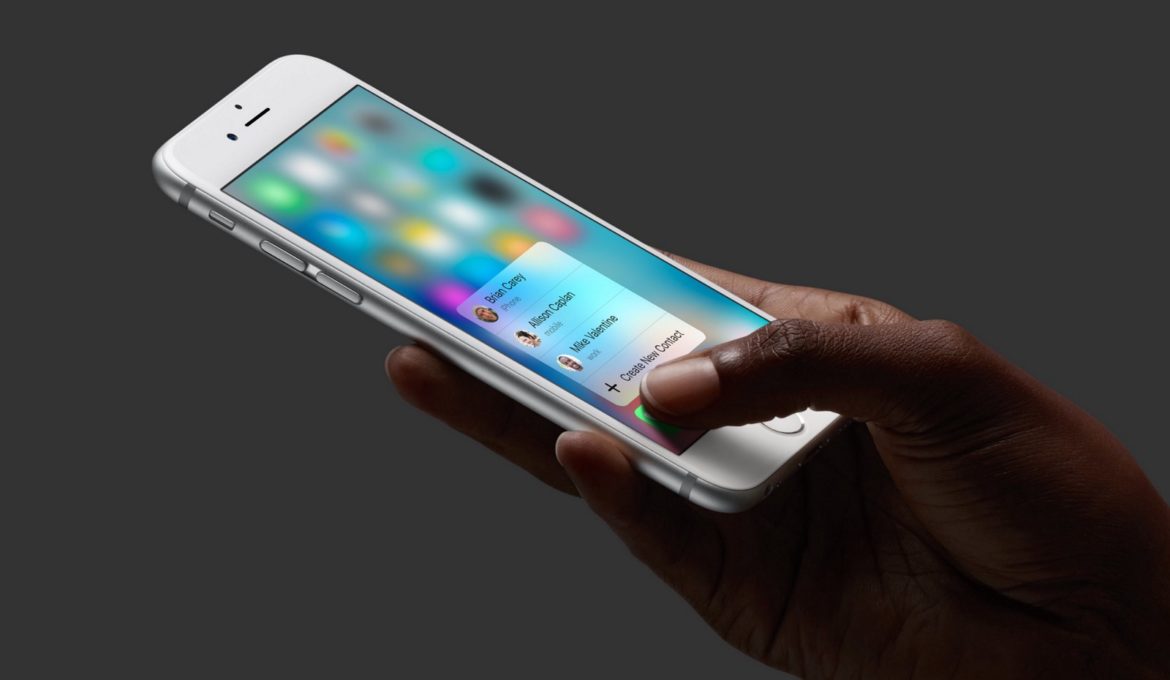 With 3D Touch, Apple eliminated the need to launch an app to perform commonly used tasks. For example, as seen in the image above, if you lightly press the contact app icon, it lets you create a contact or contact a frequently contacted contact. All without actually opening the app.

Peek and Pop to when the user presses “hard” on an icon. For example, if you need to peek at a message, you “light press” it to do so. However, if you “hard press” the message, you’ll pop right into the inbox. These are the basic premises of Apple’s 3D Touch Technology. Take a look at how it works on the iPhone 6S in the below YouTube video.