Do I have a flashlight on this phone? We’ve all been here. Stuck in the dark, fiddling around, stumping our toes, and bumping our heads. Your hands clung to your Android smartphone trying to force every spec of brightness out of the screen to light the way. You ask yourself, “How do I turn on my flashlight?” Have no fear, in this article, we teach you to turn on the flashlight on any Android phone!

Turn Flashlight On From Quick Settings 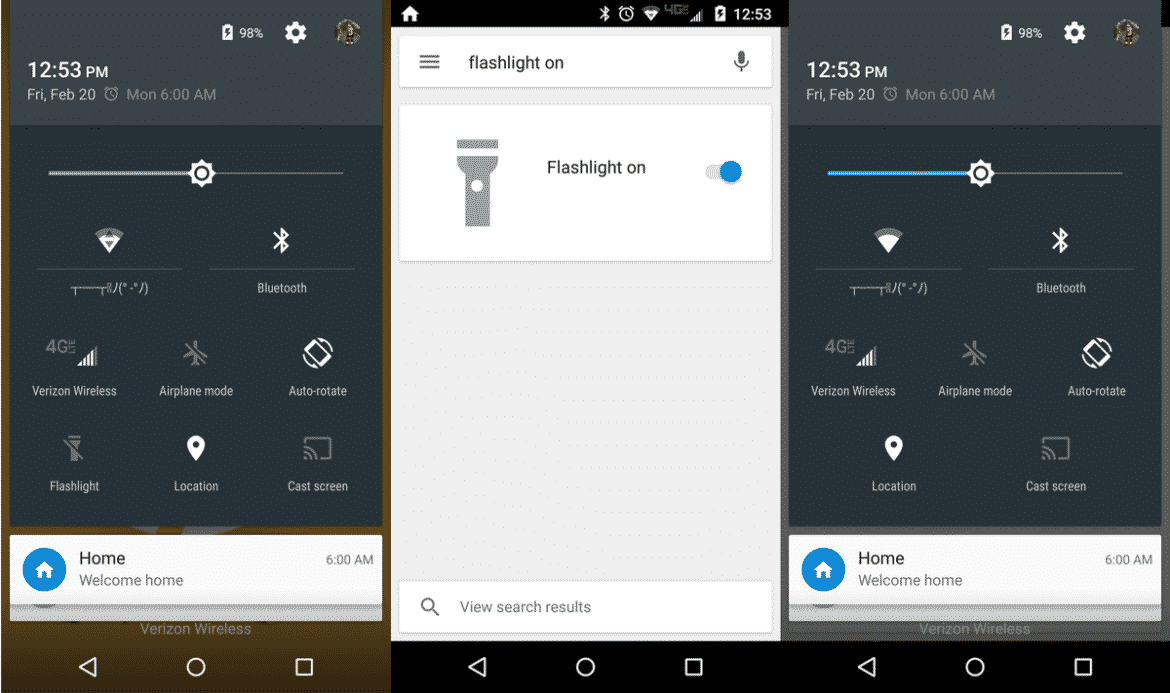 Toggle Flashlight On Via Quick Settings

The quickest method for most Android users would be to activate the flashlight via the quick settings menu. You know, that menu you pull down from the top of your screen. 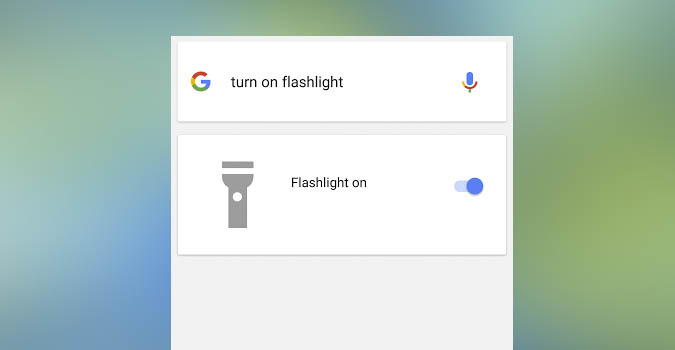 With the Google Voice command app (OK Google), you can switch on the flashlight on your Android smartphone. You can see this in the image above as well. Simply type or say, flashlight on via the application’s interface to activate your flashlight. See the below video:

Open Flashlight Via A Torch App

Torch because many flashlight applications have the word torch in their name or description. However, if the above methods fail to switch on your Android flashlight, use one of these apps to get the job done.

This app adds a flashlight widget to your device. It does not require root access like some other apps. You download the app (Google Play Link) and install it. Then, do the following,

There are a few settings you can adjust, like the vibration effect once the light is activated, how long it’ll stay active, and the ability disable the service.

If for some reason, your power button is not working, this second app lets you use your volume buttons. With this app, you can press both volume keys simultaneously to quickly enable the flashlight. Once installed, toggle the feature on within your Accessibility services. And, if you want to use it while your phone’s display is off, you have to go to the app’s settings to activate that as well. (Google Play Link)

Who doesn’t like widgets? A very simple app that places a widget on your home screen. When you tap it, it turns the flashlight on. Tapping it again will turn it off. Very simple and effective. Find it on Google Play.