Acer Chromebook 14 Review: Acer has long been known as a maker of cheap laptops and then in 2011, the company was one of the first to embrace Google’s Chromebook concept. The idea behind Chromebooks can now be assumed as well known; on laptops running Google’s ChromeOS, which is a lightweight Linux distribution and uses the Chrome browser to run applications. Because the software requires little hardware components do not cost much, Chromebooks are therefore generally not expensive. 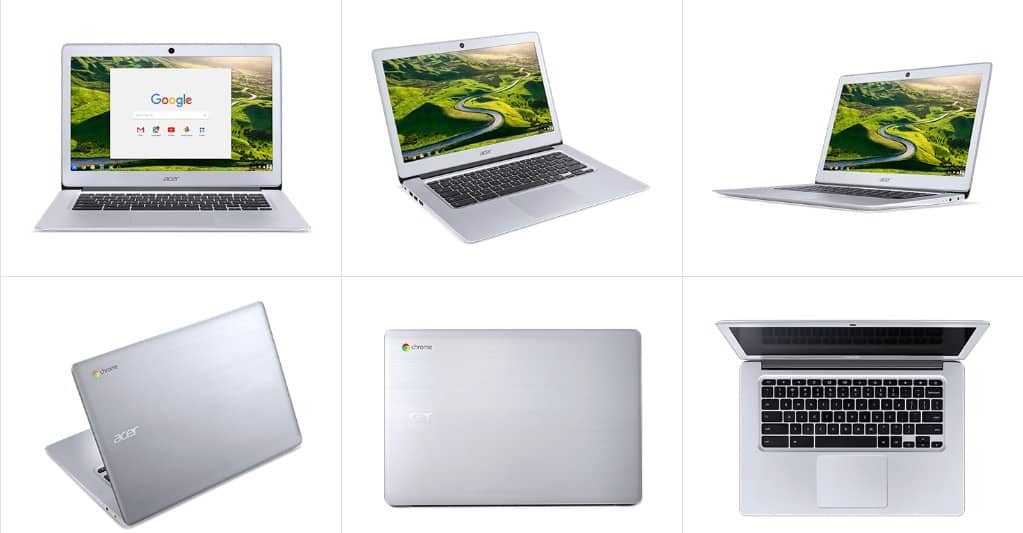 Acer’s first Chromebook, the AC700 featured rather limited hardware and a moderately small screen with a low resolution, but there was also a low price attached. However, through the years, the equipment has significantly improved, while the price remained cheap. Acer’s latest 14 “Chromebook

is the ‘most expensive‘ version at 369 USD. For that money, we get an IPS panel with full HD, a full metal body and the promise of an impressive battery life of twelve hours.

The Acer Chromebook 14 has, as the name suggests, a screen of 14″, which is a new measure again for Acer. Earlier the manufacturer built Chromebooks at 11.6.” – 13.3 “- and 15 6 “screens. This screen size suits us well. The screen is clearly greater than that of a 13.3 “laptop, while the dimensions are such that the laptop fits easily in a bag. The weight of one and a half kilograms makes for a very lightweight laptop. 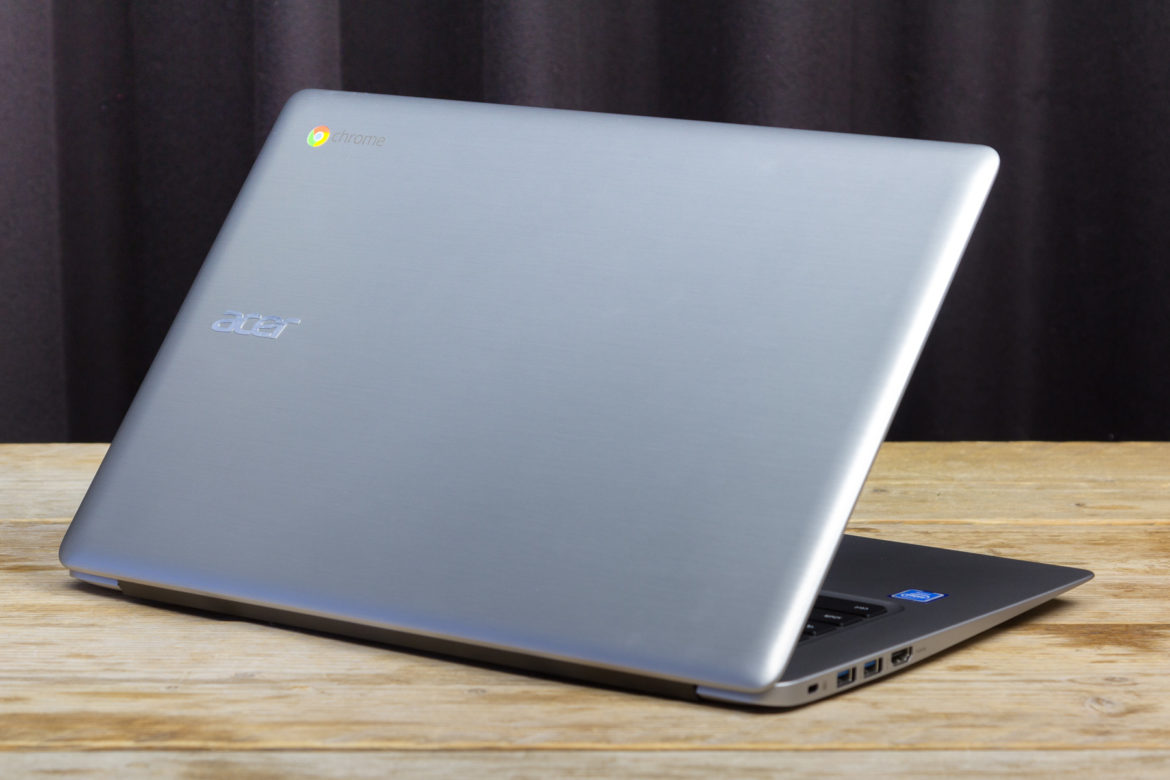 Furthermore, Acer mentions that the Chromebook 14 has a thickness of 16.95 millimeters, and features an ‘all-metal chassis.’ The housing is, on the black strip at the hinge post, indeed made of metal. Thus, the notebook looks robust, and it is so in most places too. Only in the middle of the laptop, above the ‘6’ button, you can press the housing slightly, but this is a place where normally there is no pressure.

The connections for peripherals are on the sides. The main ports, two USB 3.0 and an HDMI connector, are present, but we would have liked a card reader. Imagine taking your Chromebook along with you on holiday and you want to view your photos or upload to cloud storage, you will also need to carry a separate card reader as the Acer Chromebook 14 has no SD Card Reader

. Virtually all Chromebooks from other brands and other models from Acer itself has a built-in (micro) SD card reader. Unfortunately, for whatever reason, Acer decided not to install one on the Acer 14 Chromebook. 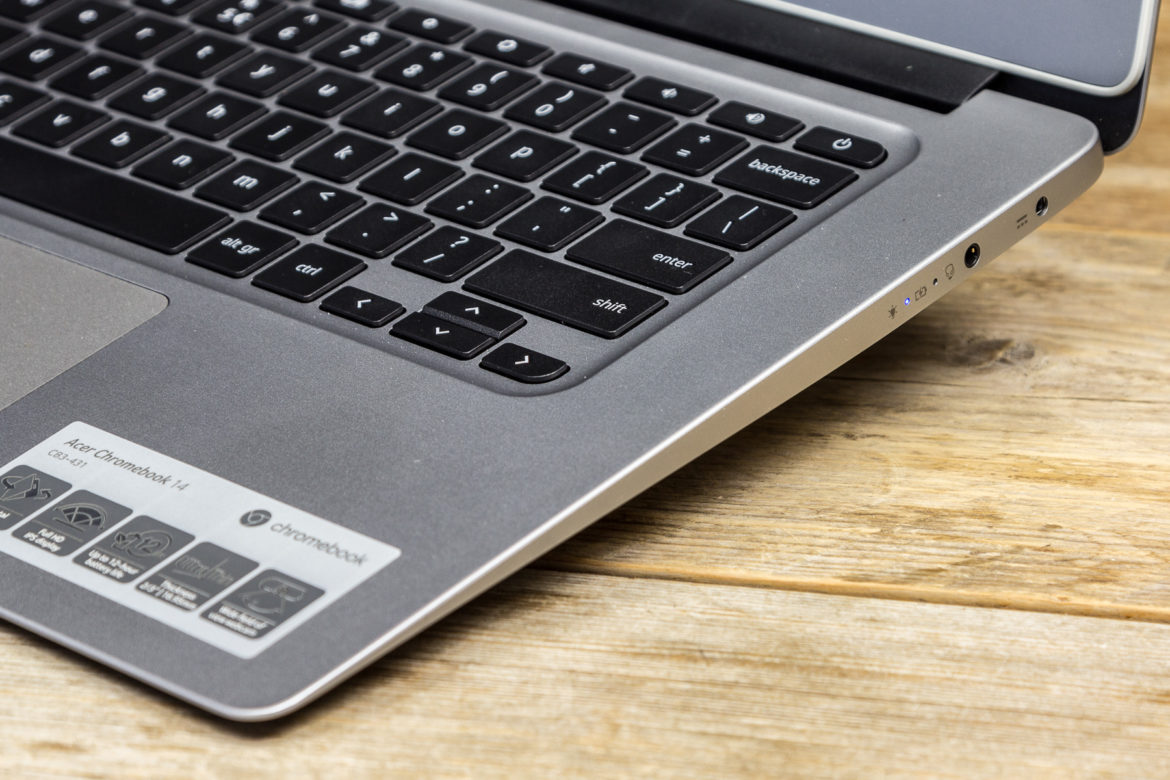 Chromebooks have a slightly different keyboard layout than Windows and OS X systems. The F keys are missing and the home button sits on the place you would normally expect caps lock. The top row of keys consists of function keys to operate with ChromeOS, making the keyboard tidy-looking. The keys of the Acer Chromebook are flat. Anyone who has ever had a cheaper Acer laptop, the somewhat weak touch of the buttons will be familiar. 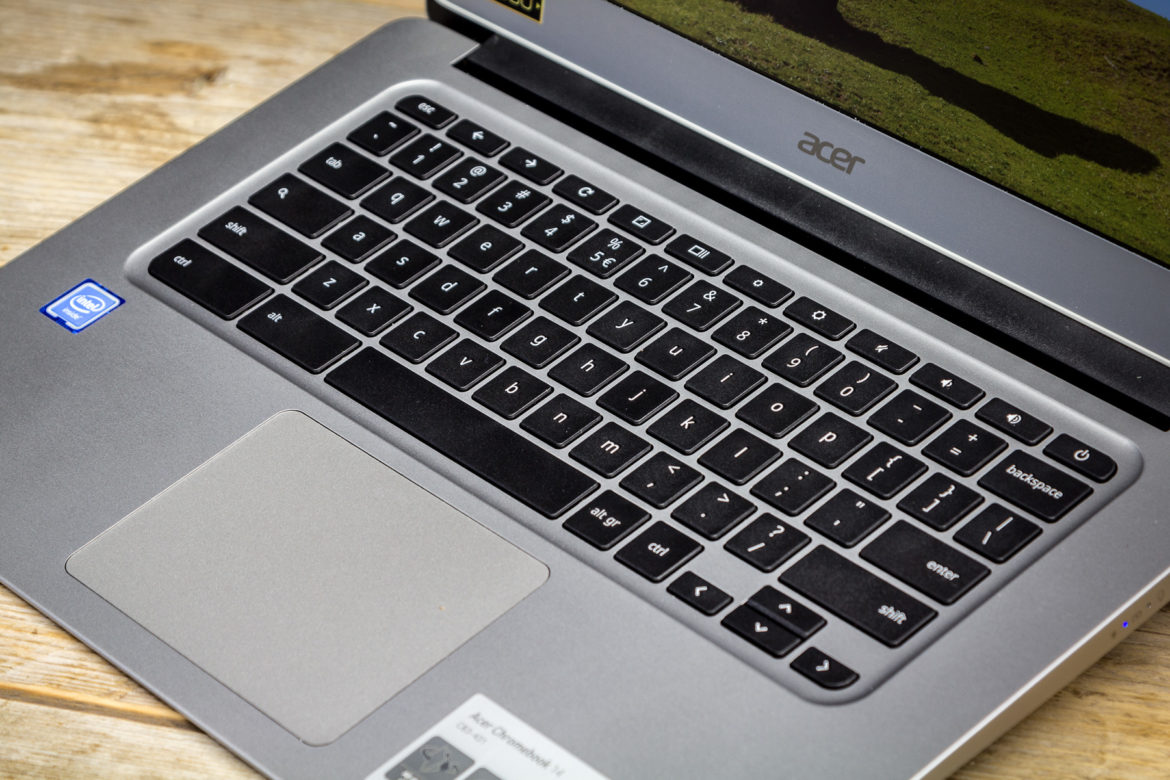 The touchpad satisfies. It is large, and the surface causes your finger to glide smoothly over it. The built-in ChromeOS multitouch movements that are well recognized and implemented.

Acer delivers the Chromebook 14 in different versions, with the cheapest featuring a dual-core Celeron N3060 processor and a screen with a resolution of 1366×768 pixels. We tested the version using a Celeron N3160, which is slightly lower than the clocked N3060, but it has four instead of two cores. The screen also has a resolution of 1920×1080 pixels.

The last difference with the cheaper versions, the storage memory, which is 32GB, instead of 16GB. Furthermore, Acer has fortunately not chosen the most affordable wireless network but installed the dual-band Wireless-AC 7265, which supports transfer rates up to 867Mbit / s. 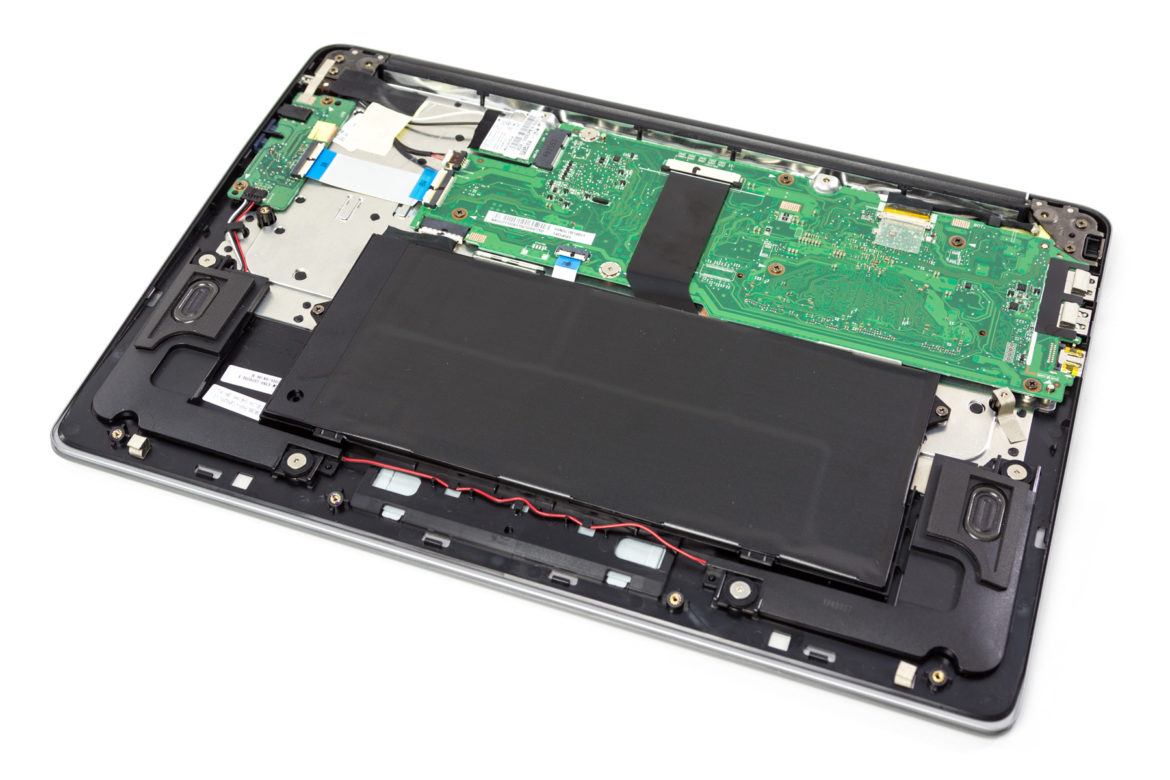 Of course, the Chromebook 14 is easily screwed open using a Phillips screwdriver

. As usual, the inside leaves no room for adjustments. Storage memory, working memory, and the processor is soldered to the motherboard. And, the only thing you could replace is the wireless card and the battery.

Acer is slightly faster than the Chromebooks running on the Celeron N2840 processor, which, although higher clocked, but has two cores less compared to the N3160. Acer makes it the fastest Chromebook with passive cooling that we have tested. 2955U- the Celeron and Core i5 processors faster Chromebooks consume much more energy and therefore generate more heat.

CrXPRT is a tool that tells you how fast a Chromebook handles things you do every day, like playing video games, watching movies, editing pictures, graphic design, etc.

In this video, we’ll take a more in-depth look at the all-new Acer Chromebook 14. With an all-aluminum build, unique 14-inch design, and $299 price tag, could this become the budget Chromebook to beat? Let’s take a look!
SHOW MORE

The first Chromebooks had screens with a low resolution of 1366×768 pixels and availed themselves of TN panels, but as IPS panels were cheaper with high resolutions, they came more often into Chromebooks.

No matter which version you take, you are not bothered by the reflections that glossy screens bring because the screens have a matte finish. That’s a good thing because of the maximum brightness, resulting in you getting the feeling a lot of ambient light. There is little ambient light; the screen appears to give a good picture, thanks to an excellent contrast.

We do except the brightness measurements on the color of the Chromebook screen. Also, we are not too critical, for a laptop in this price range you can not have too high expectations. Furthermore, the resolution, brightness, and contrast much more influence on image quality than the correct color reproduction.

Acer promises a battery life of “up to 12 hours. Because the numbers of such promises often do not come close to the practice, we test the battery life in two scenarios; continuous browsing and scrolling through websites, and when watching a movie at 1080p resolution.

In our test, we checked to see if browsing would last for twelve hours, but a battery life of nine hours is what we came up with. During video playback, there appeared to be a little more energy to be asked for and we got to almost seven and a half hours.

The Chromebook 14 is not the first Chromebook Acer built, but a good and perhaps the best we’ve tested so far. The days Chromebooks had poor displays and poor battery life are long gone, so shows Acer. The screen has a high resolution, a matte finish, and excellent contrast. Only the maximum brightness leaves room for improvement.

Also, during browsing, battery life is a good nine hours and the laptop feels sturdy thanks to the metal housing. Another miss, we find the lack of an SD card reader disappointing. But you pay then only 369 USD for this laptop, less than what Dell

ask for their cheapest full-HD Chromebooks

Is the price so sharp? We know that Chromebooks considerably cheaper than conventional Windows laptops. Asus, for example, the Asus VivoBook R417, which does have slightly less high specifications and a TN screen, but comes with a resolution of 1920×1080 pixels, an SD card reader and room for a conventional SATA drive (or SSD), for just 699.96 USD. Medion Akoya S4219 even comes in a 270 euros for an IPS screen, 64GB storage, and also the possibility of retrofitting a hard disk.

What do you think?

It’s a bit like apples and oranges, and therefore your personal preference depends on whether Acer’s new Chromebook is an interesting buy. Are you looking for a Chromebook? Then, the Acer is a good choice, thanks to its sturdy enclosure, the good screen, and long battery life. If you do not have a distinct preference for Google’s operating system; there are other laptops that on the market that is at least as interesting as the Acer, for less money.