Home
SP
What Are the Differences Between Blackjack Variations?

The game of blackjack has a rich history, with the first variations of the card game being played at least as early as the 17th century, when the author of Don Quixote, Miguel de Cervantes, wrote extensively about the game.

Since then, blackjack has developed into the single most popular casino game in the entire world, attracting millions of players to the gaming floors of Las Vegas, Macau, and Monte Carlo. It is also a popular choice among those who play games on their laptop, owing to the free blackjacks games provided by Microsoft Windows.

While many people know the most basic premise of blackjack, in which the goal is to reach the closest possible number to 21 with your cards as possible, too few people know that there are actually several different popular versions of the game.

In all of the main variants of blackjack, there are some substantial differences in the rules of the game. Knowing those differences could be the difference between hitting the jackpot and getting cleaned out by the dealer. That’s why you should read this guide to the main blackjack variations before you play. 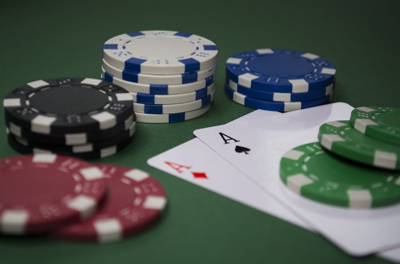 Pontoon blackjack is one of the fastest-growing online blackjack games around right now. If you’re wondering how blackjack is evolving in the online casino world, this site shows you all your options, from the pontoon to ’21 duel’ blackjack. In pontoon, both of the dealer’s cards are dealt face down, which adds an extra element of thrill to the game. In addition, pontoon blackjack pays out 2 to 1, which is significantly higher than the standard 3 to 2 payout.

This is often considered to be the ‘classic’ form of blackjack and is by far the most widely played in the world. In American blackjack, the aim of the game is the same as always; get closer to 21 than the dealer without going over. However, there is a key difference. Here, the dealer picks their hole card (the one that stays face-down) before the player is allowed to make a decision on their hand. In addition, there is also the ability to ‘double down’, or double your bet in the middle of a hand.

European blackjack looks, on the surface, almost identical to the American version. However, there are generally more rules and restrictions that players should be aware of. For one, dealers can’t pick their hole card until after the player has made a decision on their hand. In addition, if the dealer gets blackjack (21), they beat any other player with the same hand. Also, while American blackjack players can double down at any time, European players can only double down if their hand has a value of nine, 10, or 11.

This is more of an addition to any blackjack game, but it has become so widespread that it is widely considered to be its own variation of the game. It is essentially a side bet to the game, where the player has the opportunity to bet on the dealer’s first two cards being a pair. There are different levels of pairs with corresponding levels of payouts. The lowest value pair is the mixed pair, in which two cards of the same number are picked, but from different suits and colors. At the top end of the scale is the ‘perfect pair’, which is a pair of cards of the same number, color, and suit. If a player correctly bets on a perfect pay, the payout can be considerable.

These are the main variations of blackjack that you need to know about, whether you’re playing on your mobile or in a brick-and-mortar casino.