The HTC One M8 retains the essence of its predecessor, but with a more aggressive and larger design. The new flagship of the Taiwanese company has a five-inch FullHD screen and has a very attractive metallic design. The device uses an Ultrapixel camera and also adds a second lens that allows you to add different effects between the background and the foreground of a photo, as well as other possibilities. The One M8 also uses two stereo speakers on the front and increases its power with the new Snapdragon 801. HTC has updated its HTC Sense interface, introducing some interesting features. Here you see all there is to know about the new HTC One M8.

The HTC One M8 has a five-inch screen with a resolution up to 1,920 x 1,080 pixels and its density is 440 dots per inch. The company maintains high standards in this aspect with the Super LCD 3 System, which ensures sharp images with vivid colors and good visibility outdoors. The screen is protected by a Corning Gorilla Glass 3 plate , a very durable material that helps prevent scratches and breakage.

The design, one of the strengths of the previous model, which the HTC One M8 followed, but improving in materials and giving it a more aggressive touch. The body is made of high quality metal, but HTC does not specify what kind, so it is also more resistant. The surface finish is darker and has a brushed metal effect, but it will also be available in a lighter silver and gold model. HTC removed the polycarbonate almost entirely, leaving only the metal and glass as main materials. The smartphone has also increased in size, but only in height. The back is curved a little more and the edges softened to make it comfortable to hold in hand.

This is one of the most interesting parts of the HTC One M8, it uses Ultrapixel offering a dual-lens camera. The main sensor has the same configuration as we already knew with the HTC One.

This is a BSI Ultrapixel, a name that refers to the size of the pixel sensor. With larger pixels, users are able to capture more detail and, even in low light conditions, the quality is very good.

In total 4 megapixels, but the sensor size is larger (1/3 inch) and collects more information though there would have been more up the resolution. The lens also plays an important role by being very bright (f / 2.0) and also has a dedicated HTC imageCHIP 2 which helps for faster response, specifically, it takes 300 milliseconds to focus on a subject.

The secondary sensor, which is situated just above the main, serves to capture in depth information. The device understands and distinguishes between the nearest and farthest objects, so you can add effects to each area separately, including editing functions such Foregrounder (see video below) or UFOCUS (video below as well).

The camera interface has also been redesigned and now has a kind of pitcher to access various shooting modes. The device records video in Full HD quality and has a function to add a slow-motion effects only to the parts of the video you want. The HTC One M8 also has a camera on the front with an advanced selfie mode. The sensor has 5 megapixel resolution and BSI, which ensures sharp images when there is not much light. The lens remains at f / 2.0 wide-angle and it is open, so it will capture a larger area.

The man behind the HTC Camera, Symon Whitehorn, explains how this camera feature on the all-new HTC One (M8) can improve your photography experience.

Photos: Pictures Taken with the HTC One M8 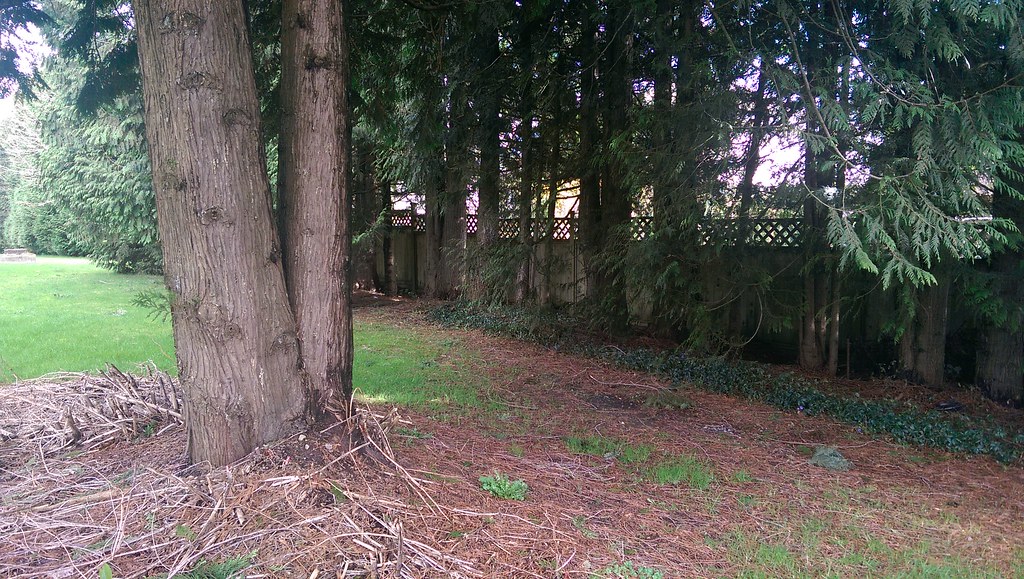 You can see more photos on Flickr: Via Ken Dai

HTC has also renewed the gallery to be in the line of what we already know for Apple’s  iOS 7 and the Samsung Story Album function. It is organized as a timeline, where users can find the photos and videos by day, month, year and album location. The smartphone continues to hold HTC Zoe and Video Highlights functions, which creates a montage of videos and photos with your content.

Video: How to Use HTC Zoe

The sound is still the star of the multimedia section, a feature that was also key in the previous model. The Taiwanese manufacturer has kept the two front stereo speakers with HTC BoomSound, but this time there is no trace of Beats Audio as both companies stopped working together a few months ago. It also has a noise cancellation system and of course supports various audio formats, video and more common images.

HTC raises the bar for power by integrating a Qualcomm Snapdragon 801 chip. A quad-core Krait 400 that runs at 2.3 gigahertz clock frequency. It also has 2GB of RAM to ensure that everything runs as smooth as possible. The first performance tests conducted so far show that the device is one of the most powerful of the moment. The internal memory of the HTC One M8 is 16Gb. There is also a MicroSD card slot that accepts drives up to 128 GB. (See: HTC One M8 not charging)

The HTC One M8 comes standard with Android 4.4 KitKat, an installment of Google’s mobile operating system. This installment features some interface changes, and the new smart ID function, new Hangouts + SMS integration and improved performance among other innovations. Of course the HTC One M8 comes with the whole package of Google services, including Google Maps, Gmail, YouTube, Picasa, Google Drive, Google Calendar and Google Chrome, among others. (Read: How to Clear Browser Data on HTC One M8)

The HTC One M8 uses the new version of HTC’s visual overlay, the new HTC Sense 6.0. The company redesigned and improved their “skin” to make it more intuitive, plus users can customize the interface with more themes and colors, but no drastic changes. The new model is still committed to the popular HTC widget BlinkFeed an integrated news reader that allows us to see all kinds of information of interest directly on the home screen. HTC will now allow developers to create content for this particular function, so it will gain more functionality over time. It also has an application to control televisions like a remote control, called Sense TV (No longer operational – users can now use PEEL)which works with the integrated infrared port.

One of the most interesting news of the HTC One M8 is the Motion Launch, a system that detects your movements even if the device has the display off. For example, the display will light up if users put the phone near their ear, as well as turn on and off the screen without having to touch the off button. Another function is that users can activate the camera by touching the start button when held horizontally.

The HTC One M8 has a profile of the cutting edge connectivity, starting with its support for 4G mobile networks. However, if there is no coverage or the operator does not offer this service, users can also navigate through 3G networks at a maximum speed of 42 Mbps. Of course it has a WiFi wireless high-speed port and mobile data (if you’re having trouble with the connection you can read, Fix: HTC One M8 won’t connect to Wi-Fi). But that is not all, the HTC One M8 comes with an NFC chip that will allow users to make payments or share files, Bluetooth 4.0, DLNA, Glonass GPS antenna, HTC Connect, a headphone jack and MicroUSB port, it is also compatible with MHL systems.

The HTC One M8 battery has a capacity of 2,600 milliamps and is not removable due to the construction of its body. The official autonomy is 20 hours in use and 496 hours standby, both figures have been calculated with the 3G connection, so will decrease significantly if the 4G connection is used, but these are very promising figures. The device has a power saving mode  that can extend the life and limiting all connections so that users can only receive calls, text messages and emails. (You can read: Fix: HTC ONE M8 Battery Drain/Overheating)

The HTC One M8 is a worthy successor to a model that had already amply demonstrated high quality. The company has changed the design, but has remained consistent with the previous model, which already has a very stylish look. The screen grows to 5 inches and remains the standard expected of a high-end smartphone like this. It also highlights its new processor, incorporating MicroSD cards and new software features included in the latest version of the HTC Sense interface. The company has given a twist to the camera by placing a second sensor that lets users play with depth. A very complete high end device that lacks nothing. Sourced/Images via| HTC One M8 GSM Arena, HTC One M8 Official Website

Also known as HTC M8, All New HTC One