Which entry-level digital camera should you choose? The Rebel T5 or the Rebel T3i? You might think, “Oh, the T5 is a newer model, so I’ll go with that one.” However, newer isn’t always better. The Canon Rebel T3i debuted in 2011 while the Canon Rebel T5 debuted in 2014. That’s a 3-year difference. However, looking at the specs, the T3i beats the T5 in almost every way possible. 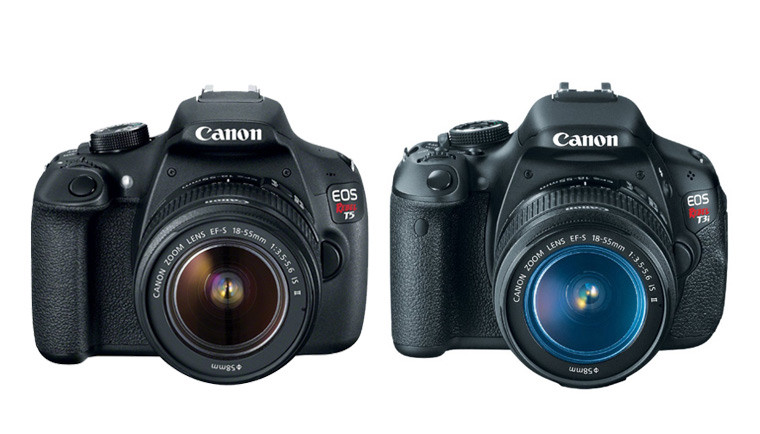 Common Features Between T5 and T3i

Common Weakness Between The T3i and T5

Both the CanonT5  and T3i have APS-C sized 18.0 MP resolution sensors. Hence, sensor size and resolution are not different between these two cameras. They produce the same level of control over the depth of field when used with same focal length and aperture.

Why You Should Choose The Canon T3i

Firstly, both cameras are entry-level DSLRs. They are both use APS-C sensors. Hence, they are not compatible with Full Frame or ASP-H lenses. The differences? The Rebel T3i has a slightly faster burst mode than the T5. 3.7fos vs the 3.7 of the Rebel T5. Additionally, the EOS Rebel T3i has an articulating LCD screen and higher LCD resolution than the T5. Lastly, it is cheaper than the T5 (by $50 or so). You can buy the T3i here

, read customer reviews here and see it in the video below. Oh, skip ahead to check out the T5…

Advantages of the Canon Rebel T3i Over the Canon T5

Advantages of the Canon Rebel T5

You might be wondering, how does the T5 do against the T3i, but there is not much to tell here. The only advantages are that the Rebel T5 is lighter and takes more photos per regular battery life. To be specific, the T5 is 100g lighter than the T3i and has about 60 shots longer battery life.

If you really, really want to, you can find the T5 on Amazon, read customer reviews and check it out in the below video.